How to Save $ on Your Diabetes Drugs 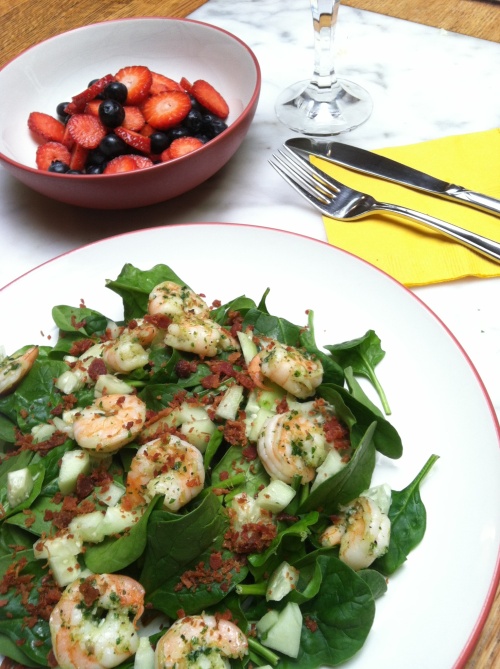 This Shrimp Salad is low-carb. Use the search box for recipe.

Christine Fallabel has an article at Diabetes Daily that may save you beaucoup bucks on your diabetes care, whether or not you have insurance coverage.

If you live in a country like the United States, where the majority of health insurance is privatized and there is no strong social safety net, it can feel as though managing a chronic disease like diabetes requires nothing but lots of money. And it does. As of 2017, diabetes cost the United States a staggering $327 billion dollars per year on direct health care costs, and people with diabetes average 2.3x higher health care costs per year than people living without the disease.

Diabetes is also devastatingly expensive personally: the cost of insulin has risen over 1200% in the past few decades, with no change to the chemical formula. In 1996, when Eli Lilly’s Humalog was first released, the price for a vial of insulin was $21. In 2019, that same vial costs around $275. Studies show that 1 in 4 people ration insulin simply due to cost. Diabetes Daily recently conducted a survey study, with almost 2,000 participants, of which an overwhelming 44% reported  struggling to afford their insulin.

So where does this leave patients who don’t have tons of money to spend on insulin and supplies, or who don’t have adequate health insurance coverage for the technology to help prevent complications? Can you manage diabetes well without lots of money? The short answer is yes. The long answer is a bit more complicated.

Source: Can You Manage Diabetes Well Without Lots of Money? – Diabetes Daily

This entry was posted in Drugs for Diabetes. Bookmark the permalink.

2 responses to “How to Save $ on Your Diabetes Drugs”