There isn’t any single Stone Age diet, according to J.A.J. Gowlett, who (whom?) I assume is an archeologist with the University of Liverpool. 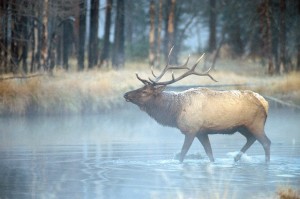 (I was tempted to write “there isn’t a monolithic Stone Age diet.”  Get it?  “Lith” is Greek or Latin for “stone.”)

This is probably old new for you guys who have been interested in the paleo diet for much longer than I.

Here are a few more of Gowlett’s ideas:

Paleo diets likely had very high fiber contents, reflecting the degree to which they were plant-based.  We’re looking at 70+ grams of fiber daily.  That much fiber would tend to reduce the effect of carbohydrate on blood sugar levels.

Fruits and roots have a high concentration of carbohydrate, with potential adverse effects on blood sugar (raising it, of course).  Diabetics eating paleo-style may need to avoid or limit certain fruits and roots: the ones with lower fiber content and higher glycemic index.  Blood sugar responses will vary from one diabetic to another.  Monitor blood sugar levels one or two hours after carb consumption to learn your idiosyncratic response.