Posted on May 9, 2014 | Comments Off on Steven Novella on Oil Pulling (or oil swishing) 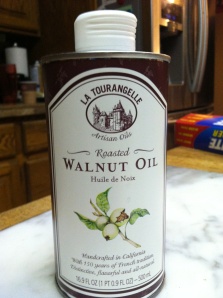 I mentioned oil pulling before, without much cogent comment. It involves swishing edible oil around in your mouth for 10—20 minutes, for oral and systemic health benefits. Steven Novella over at Science-Based Medicine gave it more consideration. His conclusion:

Oil pulling is a suggestive misnomer, implying that something bad is being pulled from the mouth (toxins and bacteria). What little scientific evidence exists shows that it is probably not as effective as standard mouth wash, and what benefit it has is likely entirely due to the mechanical act of swishing to remove particles and bacteria from teeth and gums.

There is no reason either theoretically or based upon any evidence to recommend oil pulling (which should be renamed “oil-swishing”) instead of standard modern health care with flossing, tooth-brushing, and mouth rinse. However, it does appear to be better than nothing, and might have a role in developing countries without access to modern oral care. The one caveat is that extended periods of swishing that are commonly recommended (10–20 minutes) are likely not necessary and further present a risk of lipoid pneumonia from accidentally breathing in small amounts of oil.

This entry was posted in Teeth and tagged dental care, oil pulling. Bookmark the permalink.