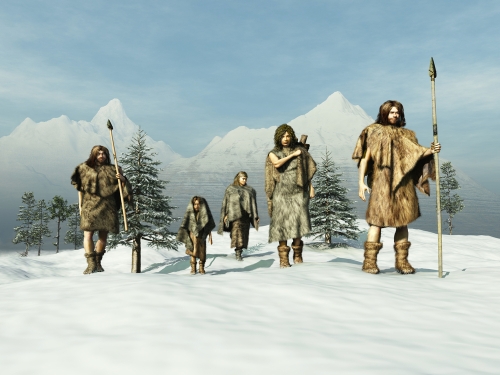 Fresh off the Bering Strait from Siberia?

“Archaeologists have found a set of butchered bones dating back 24,000 years in Bluefish Caves, Yukon, Canada, which are the oldest signs of human habitation ever discovered in North America. Until recently, it was believed that the culture that represented the continent’s first inhabitants was the Clovis culture. However, the discovery of the butchered bones challenges that theory, providing evidence that human occupation preceded the arrival of the Clovis people by as much as 10,000 years.

For decades, it has been believed that the first Americans crossed the Bering Strait from Siberia about 14,000 years ago and quickly colonized North America.”

This entry was posted in Evolution. Bookmark the permalink.

One response to “Butchered Bones Found in Canada Indicate Humans Came to North America 24,000 Years Ago”