Guyenet’s Response to Taubes’ “Sugar Is Killing Us” Hypothesis 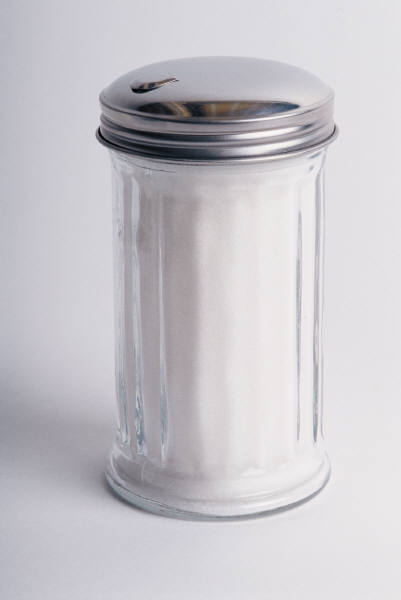 Gary Taubes argues that sugar is the likely cause of the Western world’s epidemics of obesity, type 2 diabetes, had heart disease.

I agree it’s a strong contributor to those maladies, if only via it’s contribution to overweight and obesity. I wouldn’t say it’s the sole cause.

Here’s an excerpt from Guyenet’s response to Taubes to whet your appetite:

According to Taubes, sugar may be a “toxin” and “the primary cause of diabetes, independent of its calories, and perhaps of obesity as well.” Elsewhere in the essay, coronary heart disease is added to the list. Yet Taubes asserts that this speculative hypothesis cannot currently be tested because there is so little existing research on sugar, and so little interest in conducting such research, that the research necessary to nail it down would take years to decades to complete and is not even on the radar screen of the funding agencies.

This belief is remarkable in light of the fact that a Google Scholar search returns hundreds of scientific papers on the health impacts of sugar, many of them human randomized controlled trials, and many funded by the U.S. National Institutes of Health. In reality, the health impacts of sugar are of considerable interest to the scientific community, and as such, they have been studied extensively. Having established that this research exists, let’s take a look at it.

Is sugar the primary cause of diabetes, “independent of its calories”? Research suggests that a high intake of refined sugar may increase diabetes risk, in large part via its ability to increase calorie intake and body fatness, but it is unlikely to be the primary cause. An immense amount of research, including several large multi-year randomized controlled trials, demonstrates beyond reasonable doubt that the primary causes of common (type 2) diabetes are excess body fat, insufficient physical activity, and genetic susceptibility factors.

The ultimate test of the hypothesis that sugar is the primary cause of obesity and diabetes would be to recruit a large number of people—perhaps even an entire country—and cut their sugar intake for a long time, ideally more than a decade. If the hypothesis is correct, rates of obesity and diabetes should start to decline, or at the very least stop increasing. Yet this experiment is far too ambitious to conduct.

Or is it? In fact, this experiment has already been conducted—in our very own country. Between 1999 and 2013, intake of added sugar declined by 18 percent, taking us back to our 1987 level of intake. Total carbohydrate intake declined as well. Over that same period of time, the prevalence of adult obesity surged from 31 percent to 38 percent, and the prevalence of diabetes also increased.

Source: Americans Eat Too Much Cake, but the Government Isn’t To Blame | Cato Unbound 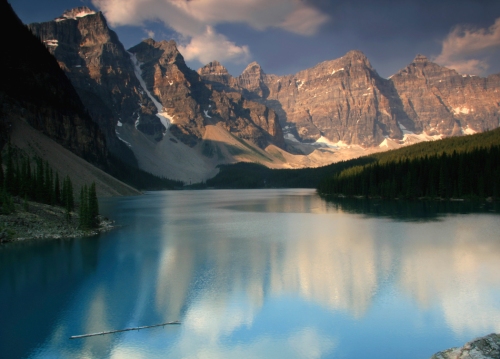 In stopping an epidemic, nothing is more important than correctly identifying its cause. Where we are today with obesity and diabetes reminds me of where infectious disease specialists were through most of the 19th century, when they blamed malaria and other insect-born diseases on miasma, or the bad air that came out of swamps. That was mildly effective, in that it was an explanation for why the rich in any particular town preferred to build their homes on hills, high above the miasma and, incidentally, away from the swamps and lowlands and slums where the vectors of these diseases were breeding. But only by identifying the vectors and the actual disease agents do we help everyone avoid them and eradicate the diseases. Only by unambiguously identifying the cause can we effectively design treatments to cure it. The kinds of explanations that Dr. Guyenet and Freedhoff put forth – highly palatable foods or ultra-processed foods – are the nutritional equivalents of the miasma explanation. They sound good; they might help some people incidentally eat the correct diets or offer a description of why other people already do, but they’re not the proximate cause of these epidemics. And there is a proximate cause. We have to find it. I can guarantee it’s not saturated fat, regardless of the effect of that nutrient on heart disease risk. What is it?

Now I am going to focus primarily on Dr. Guyenet’s response, as his was by far the most antagonistic, questioning both the history I present in the lead essay as well as the conclusions I’ve derived from the history and the science. While Dr. Guyenet does indeed challenge “specific and testable assertions” related to my lead essay, the one assertion he does manage to refute successfully is not, regrettably, an assertion I made in the article. As for the rest, the evidence against is not nearly as compelling as he presents it.

First, Dr. Guyenet examined “the 1980 Dietary Guidelines to determine if they condemn fat and take a weak stance on sugar as suggested.” He then set out to determine whether the 1980 Guidelines contributed to obesity, diabetes, and coronary heart disease. He concluded that they didn’t.

I was under the impression when I wrote the essay, though, and still am upon re-reading it, that I do not make such a simplistic assertion. The point that I made is not about the 1980 USDA Guidelines alone – Dr. Guyenet and I both note that they urged readers to avoid too much sugar – but rather the entire movement of the research community to demonize fat, and the journalistic coverage of it, and the series of government documents, and the consensus conferences that followed along because of it—all part of the same concerted public health effort that led us by the late 1980s to believe that the essence of a healthy diet is its relative absence of fat and saturated fat. As an unintended consequence, this ill-conceived dogma-building directed attention away from the possibility that sugar has deleterious effects independent of its calories.

These government reports, as I noted, included the FDA GRAS report on sugar in 1986, the Surgeon General’s Report on Nutrition and Health in 1988, the National Academy of Sciences Diet and Health report in 1989, the British COMA report on food policy the same year, and others. I could have also mentioned the 1984 NIH consensus conference on “lowering blood cholesterol to prevent heart disease” that followed on this legendary Time Magazine cover – “Cholesterol, And Now the Bad News” – and the founding in 1986 of the National Cholesterol Education Program, which published its guidelines for cholesterol lowering the following year. All focused on dietary fat and serum cholesterol as the agents of heart disease and all mostly or completely ignored the evolving science on insulin resistance and metabolic syndrome that implicated sugar and other processed carbohydrates.

Indeed, if anything, the more relevant of the two USDA Dietary Guidelines, the one that Dr. Guyenet does not address, is the 1985 version that declared without a caveat, as I noted, that “too much sugar in your diet does not cause diabetes.” This is, of course, remains the critical question and the one that yet has to be rigorously tested (ignoring the tautology implied by the use of the words “too much”).

Dr. Guyenet, Dr. Freedhoff, and I all agree that had Americans eaten as the guidelines cautioned (and just as Michael Pollan would have preferred as well), we’d all very likely be healthier. But we didn’t. The question is whether the dietary fat/serum cholesterol/heart disease obsession directed attention away from the hypothesis that sugar causes heart disease, diabetes, and perhaps obesity as well through its effect on insulin resistance. The secondary question is whether this obsession in government documents, programs, journalistic coverage, and (pseudo)scientific reviews explains why we continued to eat such high sugar diets. As Dr. Guyenet notes, Americans still consume a significant amount of our calories from grain-based desserts and sugary beverages. But why? By focusing on the straw man of the 1980 guidelines, Dr. Guyenet fails to address that question. That he’s taking on a straw man makes me thinks he’s more interested in appearing to win an argument than in dealing with what may be the single most important public health issue of our era.

A key point to make, as Professor Kealey does, is that Americans did indeed respond to the dietary dogma of the 1970s and 1980s by changing their diets. Dr. Freedhoff and Dr. Guyenet are wrong in this regard when they attend only to the total percentage and amounts of fats, carbohydrates, and protein in our diets, and not the type of fats, carbohydrates, and even protein. Looking at what we ate instead of how much we ate supports the supposition that Americans heard the advice on fat and acted on it, even as we were ignoring the sugar advice. As the USDA reports, between 1970 and 2005, we cut down on our use of butter (-17%) and lard (-66%), while almost doubling vegetable oil consumption (from 38.5 pounds per capita yearly to 73.7); we more than doubled how much chicken we ate (33.8 pounds per capita yearly to 73.6, probably skinless white meat, but I’m speculating), while reducing our red meat consumption by 17 percent, and beef by 22 percent. We cut back on eggs, too. So while total fat consumption decreased only marginally, as Drs. Freedhoff and Guyenet note, that marginal decrease is accompanied by a reduction in animal fats and their replacement by vegetable oils, which were thought to be heart healthy and still are (perhaps also erroneously). The type of fats we consumed and the type of foods we consumed changed significantly, and this change was very much in accord with what we were being told.

The post-1980 focus on dietary fat also led to the creation and sale of thousands, perhaps tens of thousands, of non-fat and low-fat food-like substances (credit for the terminology once again to Mr. Pollan). In this instance, the CDC’s publication Healthy People 2000 is informative: Healthy People 2000 included multiple “nutrition objectives” aimed at reducing dietary fat consumption, including the creation of 5,000 low-fat or low-saturated fat products. It included nutrition objectives to reduce salt intake and increase complex carbohydrate and fiber consumption, but included no such objective for sugar or sugar-rich foods. Why not? Indeed, I find that the words “sugar” or “sugars” appear only five times in the almost 400-page final review of how well the guidelines were met. In 1995, the American Heart Association counseled in one of its pamphlets that Americans could control the amount and kind of fat consumed by “choos[ing] snacks from other food groups such as…..low-fat cookies, low-fat crackers,…unsalted pretzels, hard candy, gum drops, sugar, syrup, honey, jam, jelly, marmalade (as spreads).” In 2000, the AHA published this cookbook of low-fat and luscious sugar-rich “soul-satisfying” desserts. I don’t know if Dr. Guyenet would describe this as a “weak stand” on sugar or not, but it does shed light on our failure to limit sugar consumption during a period in which all public health advice was focused on reducing fat.

The more important question, and a very different one, is whether our sugar consumption has uniquely deleterious effects on our health. To refute the claim that consuming sugar might cause heart disease, Dr. Guyenet points out that heart disease mortality has dropped precipitously over the years of the obesity and diabetes epidemics and during a period when sugar consumption clearly increased (technically “caloric sweeteners” since the increase was due primarily to high-fructose corn syrup). Professor Kealey makes a similar point but with a far more nuanced perspective about how mortality rates are confounded by what are, after all, a half-century’s worth of very concerted efforts by medical researchers, the pharmaceutical and medical industry, and public health authorities to reduce mortality. That these efforts succeeded in reducing mortality is indeed commendable, but it makes it far more difficult than Dr. Guyenet suggests to derive meaning from the mortality data. If it’s evidence against the sugar hypothesis, it’s very weak evidence.

Dr. Michael Eades weighs in with words of wisdom.