Posted on September 19, 2019 | Comments Off on Were Early Homo Carnivorous?: The feeding behavior of early Homo at Olduvai Gorge, Tanzania 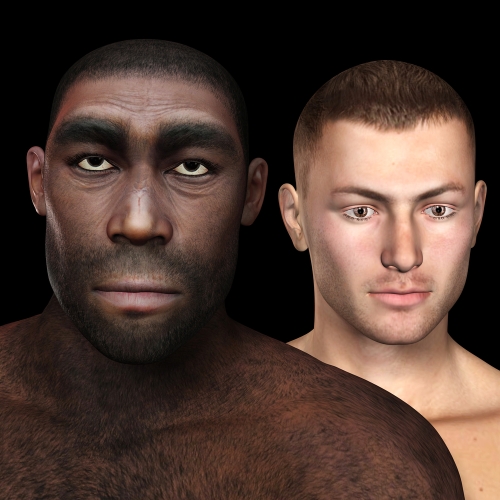 From the Journal of Human Evolution:

The regular consumption of large mammal carcasses, as evidenced by butchery marks on fossils recovered from Early Stone Age archaeological sites, roughly coincides with the appearance of Homo habilis. However, the significance of this niche expansion cannot be appreciated without an understanding of hominin feeding behavior and their ecological interactions with mammalian carnivores. The Olduvai Geochronology and Archaeology Project (OGAP) has recovered a large and well-preserved fossil assemblage from the HWK EE site, which was deposited just prior to the first appearance of Acheulean technology at Olduvai Gorge and likely represents one of the last H. habilis sites at Olduvai. This taphonomic analysis of the larger mammal fossil assemblage excavated from HWK EE shows evidence of multiple occupations over a long period of time, suggesting the site offered resources that were attractive to hominins. There was a water source indicated by the presence of fish, crocodiles, and hippos, and there was possible tree cover in an otherwise open habitat. The site preserves several stratigraphic intervals with large fossil and artifact assemblages within two of these intervals. Feeding traces on bone surfaces suggest hominins at the site obtained substantial amounts of flesh and marrow, particularly from smaller size group 1-2 carcasses, and exploited a wide range of taxa, including megafauna. A strong carnivore signal suggests hominins scavenged much of their animal foods during the two main stratigraphic intervals. In the later interval, lower carnivore tooth mark and hammerstone percussion mark frequencies, in addition to high epiphyseal to shaft fragment ratios, suggest hominins and carnivores did not fully exploit bone marrow and grease, which may have been acquired from nutritionally-stressed animals that died during a dry period at Olduvai. The diversity of fauna that preserve evidence of butchery suggests that the HWK EE hominins were opportunistic in their acquisition of carcass foods.

This entry was posted in Paleo Diet, Paleo Theory. Bookmark the permalink.