Have you ever tried to catch a wild rabbit by hand?

The study at hand is an isolated case report, so we can’t get too excited about it. But it does suggest that a “paleolithic ketogenic diet” may be helpful in Crohn’s disease. “Carnivore diet” may be a better description of the treatment.

The problem with case reports is that an individual’s response to intervention may simply reflect placebo effect or spontaneous improvement of the underlying condition, rather than a true response to the treatment applied.

Crohn’s disease is one of two “inflammatory bowel diseases,” the other being ulcerative colitis. Both of these are felt to be autoimmune, meaning the body is attacking its own tissues as if they were foreign invaders, like germs. Crohn’s disease causes abdominal pain, diarrhea (sometimes bloody), bloating, nausea, malnutrition, and other effects. Ulcerative colitis is similar in presentation. I wrote many years ago about a paleo diet improving at least one case of ulcerative colitis.

Hungarian physicians (?) reported a case of a 16-year-old who was diagnosed with Crohn’s disease at age 14 and wasn’t doing well at all despite standard medical therapy. At one point, intestinal surgery was recommended but he (or his parents) declined.

On the paleolithic ketogenic diet, the patient went into remission within months, off medications, and has been in remission for 15 months. The patient’s BMI rose from 17.7 to 19.5.

So, what was this diet?

The authors mention good ol’ Walter Voegtlin, author of 1975’s The Stone Age Diet. Voegtlin, by the way, was or is a gastroenterologist. Here’s an iconoclastic quote from Voegtlin.

Why did this carnivore diet seem to work? The authors propose it improves the pathological intestinal permeability seen in Crohn’s disease.

This is a radical diet compared to the Standard American Diet featuring dairy, grains, industrial seed oils, and ultra-processed foods. As usual, check with your personal physician before making any radical diet change. Odds are, however, your doctor doesn’t know much about this diet and won’t approve. 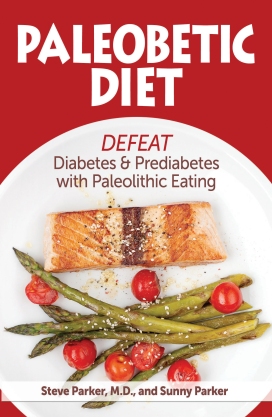