765%—Wow!  This statistic is from the Centers for Disease Control and Prevention as cited in Increased Consumption of Refined Carbohydrates and the Epidemic of Type 2 Diabetes in the United States: an Ecologic Assessment, American Journal of Clinical Nutrition, 2004, vol. 79, no.5, pp: 774-779.

This is a six-fold increase.  The major part of the upward trend started in 1960.  Interestingly, that’s when corn syrup started working its way into our food supply.  Coincidence?  The authors of the Department of Human Services paper write:

Preliminary evaluation of these trends suggests that the change in the prevalence of known diabetes has resulted from improvements both in detection of diabetes among high-risk groups and in survivorship among persons with diabetes.

In January, 2011, the U.S. Centers for Disease Control and Prevention released the latest estimates for prevalence of diabetes and prediabetes.

I suspect that overconsumption of concentrated sugars and refined starches (e.g., grains) has contributed to the prevalence of type 2 diabetes and overweight lately.  A paleo-style diet restricts those quite a bit, and therefore, could prevent some cases of diabetes.

PS: The paleo diet is also referred to as the Old Stone Age, Stone Age, hunter-gatherer, caveman, and ancestral diet.

Prediabetes and Diabetes on the March in U.S. Adolescents

Posted on August 24, 2012 | Comments Off on Prediabetes and Diabetes on the March in U.S. Adolescents 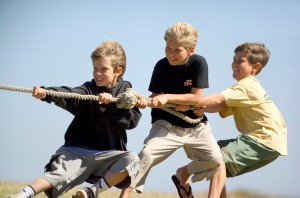 The June, 2012, issue of Pediatrics has an article stating that the incidence of diabetes and prediabetes in U.S. adolescents increased from 9% in 1999 to 23% in 2008.  The finding is based on the NHANES survey of 12 to 19-year-olds, which included a single fasting blood sugar determination.

The investigators offered no solution to the problem.  I’m no pediatrician, but my educated guess is that the following measures would help prevent adolescent type 2 diabetes and prediabetes:

I’m sure many of the adolescent type 2 diabetics and prediabetics are overweight or obese.  A 2010 study out of Colorado found a low-carbohydrate, high-protein diet safe and effective for adolescents.  Fortunately, the decades-long ascent of the adolescent obesity rate in the U.S. seems to have peaked for now.
The paleo diet would restrict consumption of concentrated sugars and refined starches, but it’s hard to get adolescents to skip those items.

PS: I scanned the article quickly and don’t remember if the researchers broke down the diabetes cases by type 1 and type 2.  I’d be shocked if type 1 diabetes rose this much over the last decade.

Comments Off on Prediabetes and Diabetes on the March in U.S. Adolescents