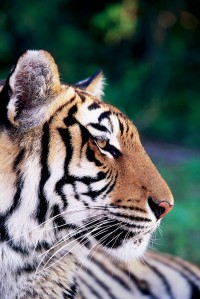 Paleo diets (aka Stone Age, Paleolithic, or caveman diets) have been increasingly popular over the last few years.  The idea is that, for optimal health, we should be eating the things that we are evolutionarily adapted to eat.  Those foods pre-date the onset of large-scale agriculture 10-12,000 years ago.  So grains, dairy products, and industial seed oils play little or no role in someone who has “gone paleo.”

My recollection from college courses years ago is that average lifespan in paleolithic times was perhaps 25-30 years, or less.  If you’re going to die at 25, it may not matter if you eat a lot of  wooly mammath, berries, insects, cholesterol, saturated fats, Doritos, Ding Dongs, or Cheetos.  The diseases of civilization we worry about today—coronary heart disease, high blood pressure, cancer, dementia, type 2 diabetes, etc.—don’t usually appear until after age 30.  Paleolithic Man worried more about starvation, infection, and predation.

More recently, I’ve read that average lifespans of Paleolithic man were so low due to high infant and childhood mortality.  If you survived early childhood, you had a much better chance to hit 50 or better.

But now we live to be 80, long enough for diet-related diseases to appear. We have cancer, heart attacks, and strokes that paleo man rarely saw because he died of trauma or infection or starvation. We even see the expression of genes that were not subjected to survival or selection pressure: Alzheimers disease, Huntingtons chorea, and some breast cancers, for example.  People with genes for these diseases reproduce before the genes do their damage.

In other words, we carry genes that don’t matter if you die at age 30. If you live longer, they express themselves, and I believe we can modify their expression through diet and lifestyle.

Jenny Ruhl, at her Diabetes Update blog, takes a critical look at the paleo diet concept.  I’m not saying I agree or disagree with her.  Newbies should look at all sides.

For purposes of discussion, let’s assume that human evolution actually occurred over millions, or at least hundreds of thousands, of years.  In other words, assume that God didn’t make Adam and Eve in human form in one day.

The theory of evolution proposes that genes that allow an animal to live and reproduce more vigorously in a particular environment will be passed on to the animal’s offspring.  Nature will select those genes to spread through the animal population over time, assuming the environment doesn’t change.  The offspring with those genes will be able to compete with other animals more successfully for food, shelter, and mates.  Factors that promote the persistence and inheritance of specific genes are called “selection pressure.”

Here’s an example of selection pressure.  Remember when you were in grade school on the playground, some people could naturally run faster than others?  Were you one of the fast ones?  If you’ve never seen it for yourself, take my word for it: Some people are naturally gifted with athletic genes.

Let’s say you and I are outside collecting berries and nuts in paleolithic times.  A saber-toothed tiger spots us and charges, hungry for a meal.  You don’t have to outrun the tiger: you just have to outrun me.  I’m slower than you, and get eaten.  I can no longer pass on my slow-running genes to the next generation.  You live another day and pass on your fast-running genes to your children.

Viola!  Natural selection, via selection pressure, has promoted your genes over mine.

The tiger also passes on her genes since she was fast and smart enough to catch me, preventing starvation of her and her offspring.

[I’m 99% sure I wrote the preceeding few paragraphs originally a couple years ago.  My notes, however, hint that they may have been written by Dr. J., a regular contributor at CalorieLab.  Dr. J., let me know if I’ve plagiarized you and I’ll give you full credit and delete my writing.]