Does the Paleo Diet Cause Kidney Stones?

MedPage Today in May, 2012, reported a substantial increase (70%) in the prevalence of kidney stones in the U.S. over the last two decades. Stone prevalence rose from 5.2% to 8.8% of the population.  Prevalence was based on the periodic National Health and Nutrition Examination Survey, which asked participants, “Have you ever had kidney stones?” 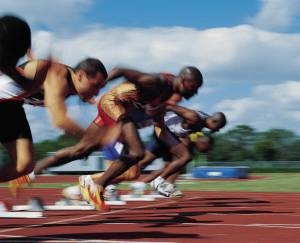 Older studies estimated that one in 10 men and one of every 20 women will have at least one painful stone by the age of 70.

What are kidney stones make of?

Three out of four patients with kidney stones form calcium stones, most of which are composed primarily of calcium oxalate or, less often, calcium phosphate.  Pure uric acid stones are less than 10 percent of all stones.

Why the increased stone prevalence?  Does diet count?

Unfortunately, the article doesn’t offer any reasons or even speculation as to why kidney stones are more prevalent.  Kidney stones have a genetic component, but our genes have changed very little over just two decades.  I have to wonder if diet plays a role.

UpToDate.com reviewed diet as a risk factor for kidney stones.  Some quotes:

There are several dietary factors that may play an important role in many patients: fluid, calcium, oxalate, potassium, sodium, animal protein, phytate, sucrose, fructose, and vitamin C intake. Lower intake of fluid, calcium, potassium, and phytate and higher intake of sodium, animal protein, sucrose, fructose, and vitamin C are associated with an increased risk for calcium stone formation. The type of beverage may also influence the risk. The effect of calcium intake is paradoxical, with a decreased risk with increased dietary calcium and an increased or no change in risk with calcium supplements.

The combination of dietary factors may also have a significant impact upon stone risk. As an example, the Dietary Approaches to Stop Hypertension (DASH) diet is high in fruits and vegetables, moderate in low-fat dairy products, and low in animal protein. Based upon an analysis of three large cohorts, adherence to a DASH-style diet lowered the risk for kidney stones among men, older women, younger women, high body mass index (BMI) individuals, and low BMI individuals. Thus, the DASH diet is a reasonable option in the attempt to reduce the risk of stone recurrence.

Higher sucrose [table sugar] intake is associated with an increased risk of stone formation in younger and older women.

The statements above link both low sucrose and high sucrose consumption to kidney stones, so I’m going to ignore sucrose.  The paleo diet, of course, does’t supply much sucrose.
I thought I read somewhere that the paleo diet is potentially deficient in calcium, but I can’t find the reference.  Dr. Cordain at his website suggests that the formal recommended dietary allowance is set too high in any case.  If the diet’s low in calcium, it could predispose to stones. On the other hand, most paleo diet versions are low in sodium and rich in potassium, which may protect against stones.
In Cordain’s 2002 Paleo Diet book, he writes:

In virtually every dietary permutation [of the paleo diet] the levels of vitamins and minerals exceed governmental recommended RDAs.

So does the paleo diet cause kidney stones?  Sorry, but I don’t know.  I tend to doubt it.  I’m not aware of any scientific studies comparing the prevalence of kidney stones in those eating paleo-style with an otherwise similar population.
What about stone prevalence in modern hunter-gatherer cultures?  I bet those data exist, but searching “urolithiasis AND hunter-gatherer” got me nothing at PubMed.  Comparing those cultures with modern Western ones is probably a fool’s errand anyway: too many other uncontrolled variables besides diet.
Standard advice to prevent initial and recurrent kidney stones is to avoid low urine output.  Do that by drinking plenty of fluid.
Although I pay $400 a year for access to UpToDate, they offer free public access to some of the website.  Here’s the UpToDate poop sheet on kidney stones.
Steve Parker, M.D.
Extra credit:  Medical conditions that predispose to kidney stones include primary hyperparathyroidism, obesity, gout, diabetes, and medullary sponge kidney.
For SEO: The paleo diet is also called Stone Age, Old Stone Age, Paleolithic, caveman, and hunter-gatherer, and ancestral diet.

One response to “Does the Paleo Diet Cause Kidney Stones?”