Posted on July 29, 2013 | Comments Off on More Time Outdoors Could Prevent Childhood Nearsightedness

Should have spent more time outdoors

I suspect that myopia (nearsightedness) is a modern phenomenon. If you don’t see well, you’re more likely to get bitten by a poisonous snake or overcome by a predator that you should have seen coming. Or you simply trip and fall over obstacles, incurring cuts or fractures. In prehistoric times, these circumstances would lessen your chances of passing your genes on to the next generation. In other words, there was strong selection pressure in favor of good vision.

(For now, I’ll ignore the possibility that poor vision may have beneficial aspects. “Parker, you don’t see good. Stay here with the women while we chase down that ibex.”)

My eyes are this bad

I’ve worn glasses since the 3rd grade and I’ve never been happy about it. OK…. worse things can happen!

According to an article at PopSci, I may have avoided myopia by spending more time outside when I was a youngster:

A team of Australian researchers recently reviewed major studies since 1993 of kids, myopia and time spent outdoors. They found more than a dozen studies, examining more than 16,000 school-age kids in total, that found children were more likely to be nearsighted or to develop nearsightedness if they spent less time outdoors. A few of the later studies also found that being outdoors protected even those kids who did a lot of near work or had myopic parents. The studies included kids living in Europe, the U.S., Asia, the Middle East and Australia. 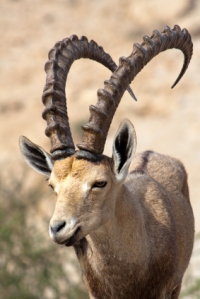 So get your kids outside. They may even benefit just from the sunshine.

And for my fellow myopics out there, note that your risk of a retinal detachment is higher than average. By the time that usually happens, our children are already grown, so there’s little or no selection pressure against it.

This entry was posted in Uncategorized and tagged myopia, nearsightedness, outdoors. Bookmark the permalink.