Would We Be Healthier If We Imitated the Resting Postures of Hunter-Gatherers?     #squatting

Posted on March 12, 2020 | Comments Off on Would We Be Healthier If We Imitated the Resting Postures of Hunter-Gatherers?     #squatting 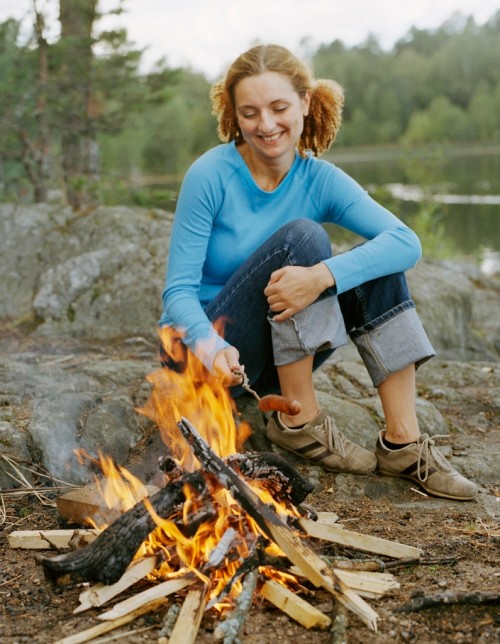 Should she be squatting instead? Is sitting the new smoking?

An abstract from Science Advances:

Recent work suggests human physiology is not well adapted to prolonged periods of inactivity, with time spent sitting increasing cardiovascular disease and mortality risk. Health risks from sitting are generally linked with reduced levels of muscle contractions in chair-sitting postures and associated reductions in muscle metabolism. These inactivity-associated health risks are somewhat paradoxical, since evolutionary pressures tend to favor energy-minimizing strategies, including rest. Here, we examined inactivity in a hunter-gatherer population (the Hadza of Tanzania) to understand how sedentary behaviors occur in a nonindustrial economic context more typical of humans’ evolutionary history. We tested the hypothesis that nonambulatory rest in hunter-gatherers involves increased muscle activity that is different from chair-sitting sedentary postures used in industrialized populations. Using a combination of objectively measured inactivity from thigh-worn accelerometers, observational data, and electromygraphic data, we show that hunter-gatherers have high levels of total nonambulatory time (mean ± SD = 9.90 ± 2.36 h/d), similar to those found in industrialized populations. However, nonambulatory time in Hadza adults often occurs in postures like squatting, and we show that these “active rest” postures require higher levels of lower limb muscle activity than chair sitting. Based on our results, we introduce the Inactivity Mismatch Hypothesis and propose that human physiology is likely adapted to more consistently active muscles derived from both physical activity and from nonambulatory postures with higher levels of muscle contraction. Interventions built on this model may help reduce the negative health impacts of inactivity in industrialized populations.