Should “Low-Carb” Be the Default Diet for Diabetes?

Posted on August 1, 2014 | Comments Off on Should “Low-Carb” Be the Default Diet for Diabetes?

Yes….according to a manifesto to be published soon in Nutrition. The abstract:

The inability of current recommendations to control the epidemic of diabetes, the specific failure of the prevailing low-fat diets to improve obesity, cardiovascular risk or general health and the persistent reports of some serious side effects of commonly prescribed diabetic medications, in combination with the continued success of low-carbohydrate diets in the treatment of diabetes and metabolic syndrome without significant side effects, point to the need for a reappraisal of dietary guidelines.

The benefits of carbohydrate restriction in diabetes are immediate and well-documented. Concerns about the efficacy and safety are long-term and conjectural rather than data-driven. Dietary carbohydrate restriction reliably reduces high blood glucose, does not require weight loss (although is still best for weight loss) and leads to the reduction or elimination of medication and has never shown side effects comparable to those seen in many drugs. 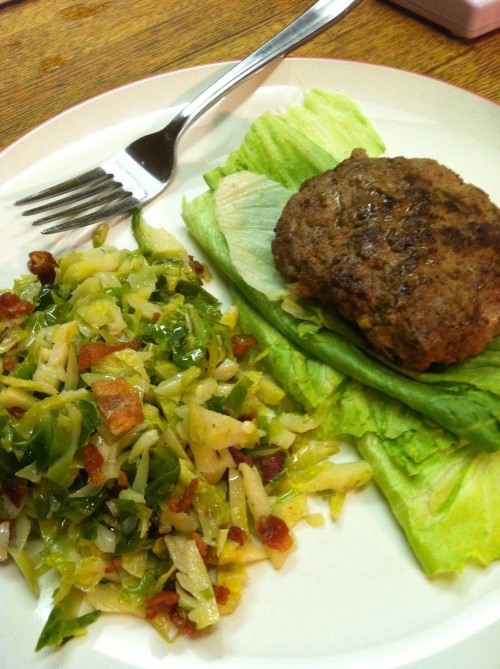 The lead author is Richard Feinman. Others include Lynda Frassetto, Eric Westman, Jeff Volek, Richard Bernstein, Annika Dahlqvist, Ann Childers, and Jay Wortman, to name a few. Some of them disclose that they have accepted money from the Veronica and Robert C. Atkins Foundation. That doesn’t bother me.

I’m familiar with most of the supporting literature they cite, having read it over the last decade.

PS: The linked article is preliminary and may undergo minor revision over the coming months.

Comments Off on Should “Low-Carb” Be the Default Diet for Diabetes?