Posted on February 3, 2016 | Comments Off on Obesity Soon to Affect Average Life Span in U.S. 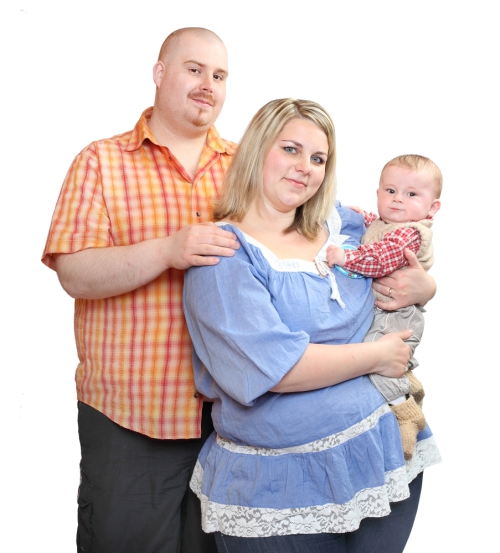 That excess weight can shorten your life

“The medical community seems to be under a fog that we can constantly and forever reduce death rates, and that’s simply not true,” said Professor Olshansky, who published a study in 2012 showing that life spans for white women without a high school diploma had declined, a rare event in developed countries.

“You need to look at the health status of the living,” not the mortality statistics of the dead, he said, adding that obesity is afflicting younger generations in a way that will eventually make the numbers worse.

RTWT at The New York Times.

Do something about your obesity before it’s too late.

Comments Off on Obesity Soon to Affect Average Life Span in U.S.

Is Dining Out Making Us Fat?

So easy to over-eat!

The U.S. trend of increasing overweight and obesity started about 1970. I wonder if eating away from home is related to the trend. I found a USDA report with pertinent data from 1977 to 1995. It also has interesting info on snacking and total calories consumed. Some quotes:

“These numbers suggest that, when eating out, people either eat more or eat higher-calorie foods or both.”

Parker here. I’m well aware that these data points don’t prove that increased eating-out, increased snacking,  and increased total calorie consumption have caused our overweight and obesity problem. But they sure make you wonder, don’t they? None of these factors was on a recent list of potential causes of obesity.

If accurate, the increased calories alone could be the cause. Fast-food and other restaurants do all they possibly can to satisfy your cravings and earn your repeat business.

If you struggle with overweight, why not cut down on snacking and eating meals away from home?

Here’s a pie chart I found with more current and detailed information from the U.S. government (h/t Yoni Freedhoff):

Comments Off on Is Dining Out Making Us Fat?

Type 2 Diabetes: Scope of the Problem

Type 2 diabetes is the most important public health problem in the U.S. and most of the developed world. The U.S. Centers for Disease Control and Prevention predicts that one of every three Americans born in the year 2000 will develop diabetes.

The most common form of diabetes by far is type 2, which describes at least 85% of cases. It’s less serious than type 1 diabetes. Type 1 diabetics have an immune system abnormality that destroys the pancreas’s ability to make insulin. Type 1’s will not last long without insulin injections. On the other hand, many type 2 diabetics live well without insulin shots.

The epidemic of diabetes in the U.S. and the developed world overwhelmingly involves type 2, not type 1.

“Prediabetes” is what you’d expect: a precursor that may become full-blown type 2 diabetes over time. Blood sugar levels are above average, but not yet into the diabetic range. One in four people with prediabetes develops type 2 diabetes over the course of three to five years. Researchers estimate that 35% of the adult U.S. population had prediabetes in 2008. That’s one out of every three adults, or 79 million. Only 7% of them (less than one in 10) were aware they had it.

The rise of diabetes parallels the increase in overweight and obesity, which in turn mirrors the prominence of refined sugars and starches throughout our food supply. These trends are intimately related. Public health authorities 40 years ago convinced us to cut down our fat consumption in a mistaken effort to help our hearts. We replaced fats with body-fattening carbohydrates that test the limits of our pancreas to handle them. Diabetics and prediabetics fail that test.

Dr. Richard K. Bernstein, notable diabetologist, wrote that, “Americans are fat largely because of sugar, starches, and other high-carbohydrate foods.”

We’re even starting to see type 2 diabetes in children, which was quite rare just thirty years ago. It’s undoubtedly related to overweight and obesity. Childhood obesity in the U.S. tripled from the early 1980s to 2000, ending with a 17% obesity rate.  Overweight and obesity together describe 32% of U.S. children.

Diabetes is important because it has the potential to damage many different organ systems, deteriorating quality of life. It can damage nerves (neuropathy), eyes (retinopathy), kidneys (nephropathy),  and stomach function (gastroparesis), just to name a few.

Diabetic complications and survival rates will improve over the coming decades as we learn how to better treat this ancient disease.

Comments Off on Type 2 Diabetes: Scope of the Problem