Posted on March 18, 2017 | Comments Off on Recipe: Roasted Brussels Sprouts and Radishes 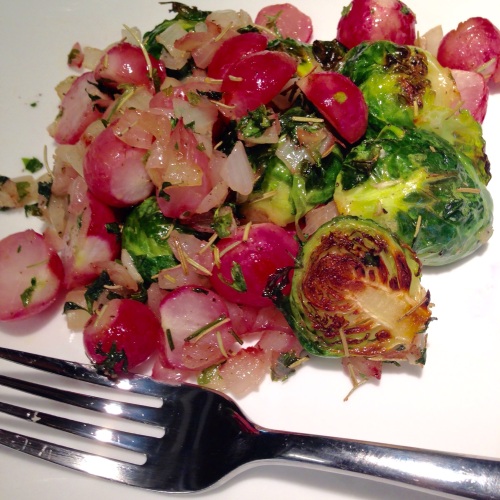 A year ago I ran across online praise for roasted radishes. I’m not a big fan of radishes, perhaps because they weren’t part of Parker family cuisine when I was growing up, but I finally gave them a try. 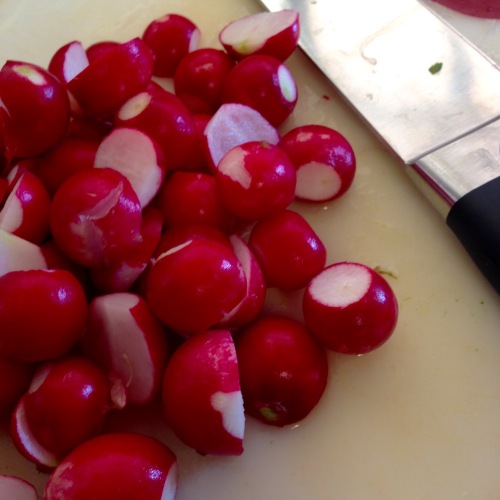 This won’t be as detailed as most of my recipes because I need to get into the hospital soon. 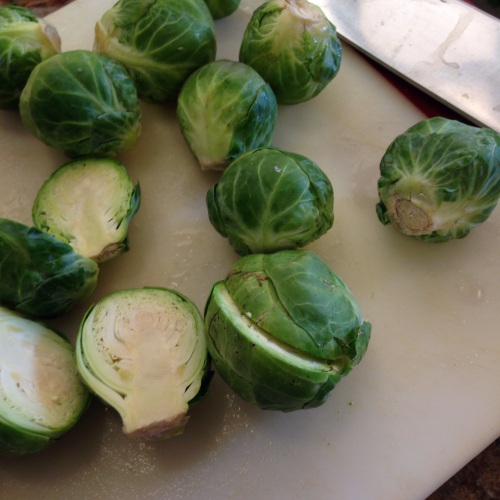 With the radishes, I cut off the little rootlet and green top, then cut them in half unless they were tiny radishes. Brussel sprouts take longer to cook, so I cut them in half, too. I put all the veggies  into a bowl, added just enough olive oil to coat them, sprinkled in some salt and pepper, then mixed with a spoon. Then I spread all that on a cooking sheet and popped it into an oven pre-heated to 425°F. (I covered my cooking sheet with aluminum foil to ease cleanup.) 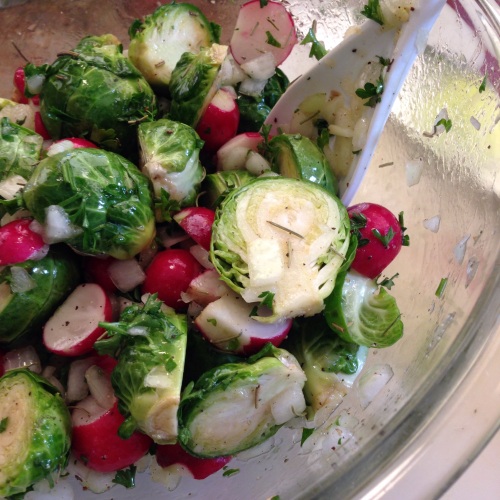 All ingredients mixed in a bowl

I cooked in the oven for 17 minutes (15-20), using a turner to flip the veggies once or twice while cooking. 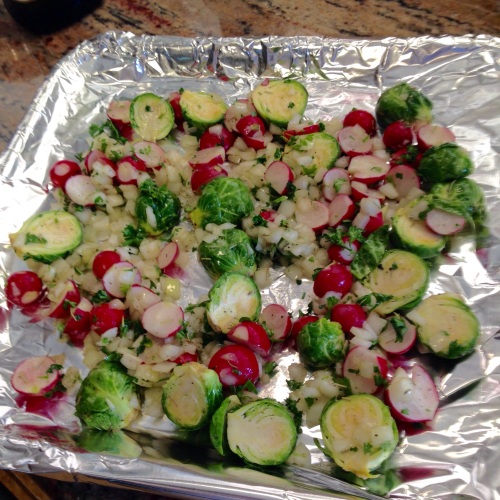 They were a little bland, so I topped off with Weber Roasted Garlic and Herb Seasoning. I enjoyed them and will do it again. Next time I may try coating with melted butter rather than olive oil. I felt very virtuous for eating my vegetables.

PS: I ate half of this in one sitting. I refrigerated the rest and ate it about six hours later, after warming in the microwave. It was much more flavorful. If you’re one of those people who never eats leftovers…

This entry was posted in Recipes. Bookmark the permalink.