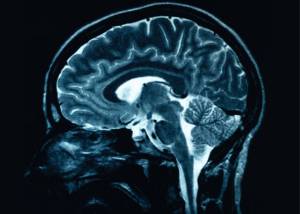 Our bodies keep blood sugar levels in a fairly narrow range.  You might think you’re fine if you’re anywhere within the defined normal range.

Australian researchers found that people with fasting blood sugars toward the upper end of the normal range had more degeneration (atrophy) in parts of the brain called the hippocampus and amygdala, compared to those in the low normal range.  Degeneration in those areas is often manifested as dementia.

The hippocampus is critical for learning and memory formation and retention.  The amygdala is also involved in memory as well as emotion.  The two areas are intimately connected, literally.

How Was the Study Done?

Over 250 study participants aged 60 to 64 years had normal brains at baseline and were free of diabetes and prediabetes.  Nearly all were caucasian.  MRI brain scans were done at baseline and again four years later.  Significant atrophy (shrinkage) was seen in the hippocampus and amygdala over time, with greater atrophy seen in those with higher baseline fasting glucose levels.

Fasting blood sugar was measured only once, at the start, and ranged from 58 to 108 mg/dl (3.2 to 6.0 mmol/l).  (Fasting glucose of 108 would be prediabetes according to the American Diabetes Association, but not by the World Health Organization.)  Participants weren’t tested for deterioration of cognition.

The results of the study at hand are consistent with others that link higher rates of dementia with diabetes.  Diabetics, even when under treatment, usually have higher average blood sugars than non-diabetics.  The study authors speculate that damage from higher blood sugars may be mediated by inflammation and abnormal blood clotting (prothrombotic factors and platelet activation).

The Mayo Clinic recently reported that diets high in carbohydrates and sugar increase the odds of developing cognitive impairment in the elderly years.

It’s interesting to contemplate whether non-diabetics and diabetics would have less risk of developing dementia if blood sugars could be kept in the lower end of the normal range.  How could you do that?  Possibilities include: